The Sava River is a right side tributary of the Danube in Belgrade. The river is 945 km long and drains 95,719 km² of surface area. It flows through four countries: Slovenia, Croatia, Bosnia and Hercegovina, and Serbia.

The Sava River is classified as an international waterway class IV from the border of the Republic of Serbia (km 211) to Sisak (km 594). Currently, the Sava river waterway does not meet the required navigation parameters of international waterway class IV and does not allow for smooth navigation on 300 days/year for vessels with a maximum draft of 2.5 metres.

In view of the continued recovery of the economies in the region, it is obvious that the need for rehabilitation of waterway transport on the Sava River becomes particularly important. Not only because of its contribution to economic growth, but also because it is an environmentally-friendly and sustainable mode of transport with extraordinary potential and because its development is in line with European transport policy, namely the main objective of upgrading the Sava river waterway to navigability Class IV along the entire route.

The critical section between Puska and Preloščica is the second largest obstacle for navigation (after section Jaruge-Novi Grad) on the whole river Sava from Sisak to Belgrade. Namely, this sub-section is under all criteria for navigability class III, while the need for the whole river is to be upgraded to class IV. This river section is part of the purely Croation part of the Sava which makes this project a national initiative.

The main objective of the project is the integration and modernization of the Croatian infrastructure within the Trans-European Transport Network. As an international waterway, the Sava river does not meet the navigability criteria for the European inland waterways as provided in the AGN Agreement, since it should enable safe navigation for vessels of class IV for 300 days per year.

The project aims at implementing the “Fairway Rehabilitation and Maintenance Master Plan of the Danube and its navigable tributaries” by solving the bottlenecks on the defined river stretch.

In January 2014 the feasibility study and the preliminary design for rehabilitation of the two critical sections of the Sava River waterway “Jaruge – Novi Grad” (project PA1A134) and “Puska – Preloščica” have been completed.

For the Jaruge – Novi Grad sector the Croatian Ministry of the Sea, Transport and Infrastructure launched a project for the elaboration of detailed designs for priority measures. For the sector Puska – Preloščica such a project is scheduled to start in 2020.

The technical measures will include:

The Republic of Croatia will benefit directly from the project, but also all shipping companies and industries in the Sava region will benefit from more reliable infrastructure. 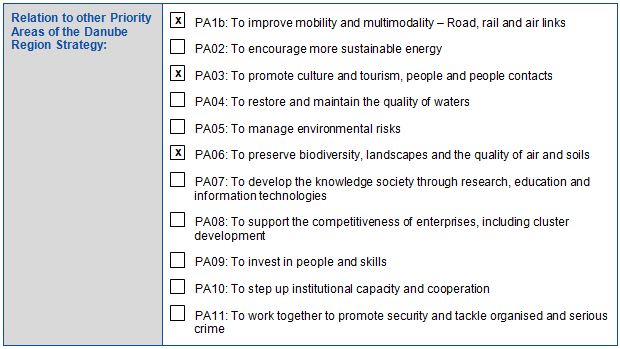 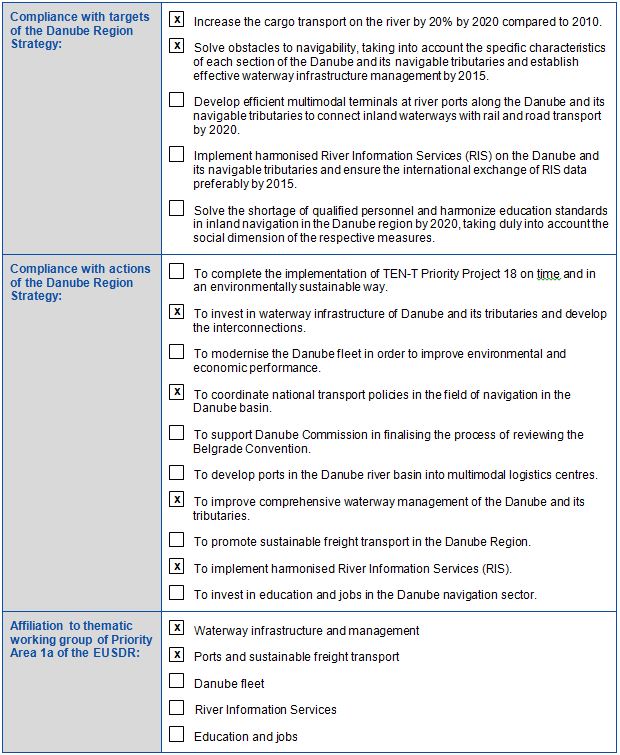 Continuing cooperation and coordination of the Sava riparian countries (secured through Sava Commission) and financing of the project.