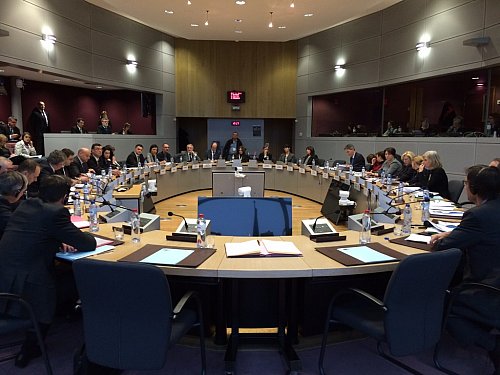 Economically viable transport services on the Danube and its navigable tributaries are highly dependent on stable and sufficient fairway conditions. Good navigation status can for a large part be achieved by targeted waterway rehabilitation and maintenance activities. The Fairway Rehabilitation and Maintenance Master Plan, which was endorsed by the Danube Ministers of Transport on 3rd December 2014, therefore also finds broad support by the operators of Danube waterway transport services. A survey which was carried out in close cooperation with Pro Danube International, European Barge Union, European Skippers’s Organisation as well as individual shipping companies demonstrated that the most critical locations are centered around 11 hotspots in the Danube waterway network. Notwithstanding the importance of the remaining critical locations, these hotspots should be treated with priority in the planned implementation phase of the Master Plan.

The Fairway Rehabilitation and Maintenance Master Plan for the Danube and its navigable tributaries has been developed in the framework of the EU Strategy for the Danube Region (EUSDR). It highlights all critical locations and the required short-term measures to ensure proper fairway rehabilitation and maintenance. The data contained in the Master Plan had been provided by the national waterway administrations in the course of the year 2014. Based on this stock-taking exercise, the Priority Area 1a Coordinators invited regular users of the Danube waterway to provide feedback on the identified critical locations. 24 major waterway transport operators responded to this request. In sum, 11 stretches clearly stand out from the remaining critical locations, which had been identified in the Master Plan. From the user perspective, these locations and stretches cause the biggest navigational problems and should consequently be treated with the highest priority. The Master Plan document provides a solid analysis and knowledge basis in order to take the next implementation steps in line with the user priorities.

Downloads:
Masterplan Document (version 13 November 2014)
Conclusions by Danube Ministers of Transport
Map with the most critical maintenance locations from the perspective of Danube waterway transport operators