When the Danube-Black Sea Canal was opened to navigation in 1984, only the minimal works necessary to enable navigation had been completed. The uncompleted works, the type of the rocks, the influence of hydro-meteorological factors (wind, rain, snow) and the repeated cycles of freeze-thaw may cause landslides and rock falls. This would have a major impact on the general stability of the embankments of the canal, resulting in a fairway clogged with material drawn from the slope and transported in the canal, as well as in the damage of already completed works.

The Danube-Black Sea Canal is a navigation canal in the County Constanţa, Romania, connecting the ports on the Danube with the Constanţa Black Sea port, shortening the route to the Constanţa port by almost 400 km. The Canal is a component of the important European waterway between the Black Sea and the North Sea (through the Rhine-Main-Danube Canal). By using this route, goods travelling from Australia and the Far East to Central Europe will have a shorter voyage by around 4,000 km.

According to the UNECE classification, the Danube-Black Sea Canal is a waterway of Class VI.

Besides the navigation function, the canal also provides the necessary water for irrigation and is used as drinking water and as industrial water source.

Banks consolidation works on the canal in order to ensure the safety of inland waterway transport.

Through the Danube-Black Sea Canal the Danube river is linked with the port of Constanţa and goods are transported from/to Central European landlocked countries to/from Asian countries.

From the state budget around one million EUR is allocated every year for the execution of works on sectors where the banks stability is at high risk.

The sources and amounts are only potential. Financing is not yet available.

There would be no additional partners involved. 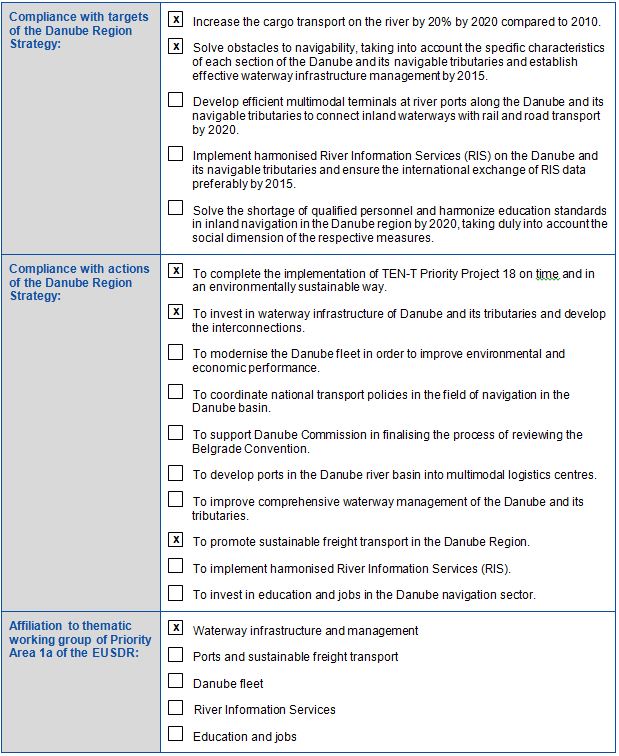 Financing ensured for the project completion.