On a section with a total length of about 48 km, from the Freudenau hydro power plant in Vienna to the Austrian-Slovakian border, the Danube still has its free-flowing character. Due to reduced sediment transport downstream of the hydro-power plant in Vienna, a degradation of the riverbed has taken place, resulting in a decoupling of the river and its floodplains as well as in falling groundwater levels.

Additional ecological deficits have been caused by river engineering structures which were erected in the past centuries and which endanger the habitats of the typical local flora and fauna of the Donau-Auen National Park. Regarding navigable conditions, there are inadequate fairway depths and restricted fairway widths in this section, which negatively affect the competitiveness of inland waterway transport, both in Austria and on an international level, as the majority of transports on the Danube waterway is of international and long-distance character.

The Catalogue of measures for the Danube east of Vienna is the result of an integrative planning process and a multi-year concept based on a pilot project phase, offering compatible solutions for both navigation and ecology (see planned activities below). This interdisciplinary planning approach is often described as best practice, especially due to the extent of stakeholder participation, which may serve as role model for other infrastructure efforts.

The river engineering measures for the Danube east of Vienna are the result of an integrative approach and follow the subsequent three objectives:

As the transport of goods on the Danube and its tributaries has an international and long-distance character, the entire Danube region benefits from the measures. The restoration measures will also improve the Danube’s function as an ecological corridor and a lifeline with positive effects especially on the wetlands of the trilateral Danube-Morava-Thaya region.

Within the conception- and pilot-project-phase, six pilot projects were realised to gain experience and to reduce technical and economic risks. These projects addressed all measures foreseen on the Danube east of Vienna and were accompanied by scientific monitoring. A tailored stakeholder participation model was implemented in 2012.

Based on the outcomes of this phase and considering current developments in waterway and traffic management, the Catalogue of Measures was designed to achieve both ecological and nautical conservation targets on the Danube east of Vienna. The catalogue consists of maintenance and conservation activities as well as separate optimisation projects. Besides involving various different interest groups, the scientific monitoring and accompaniment of measures, plays an important role in finding and achieving socially and environmentally compatible solutions.

Total budget: approx. 222 Mio. EUR (index 2016)
EU funds: The conception- and pilot-project-phase was co-financed by TEN-T Multi-Annual Programme (MAP) 2007 – 2013 until 2015. Additional funding is needed to achieve the objectives within the planned timetable.
National funds: State budget is assigned on the basis of a long-term agreement and the actual government programme, but based on yearly budgets.

The integrative planning process and the measures are described in the “Joint Statement on Inland Navigation and Environmental Sustainability in the Danube River Basin” and the PLATINA Manual for sustainable waterway planning and are also referenced in the guidance document „Inland waterway transport and Natura 2000” by the European Commission. 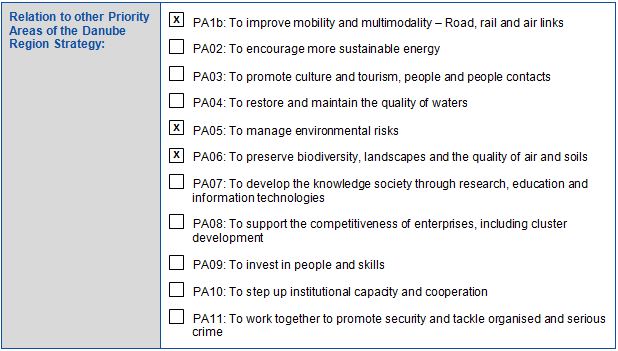 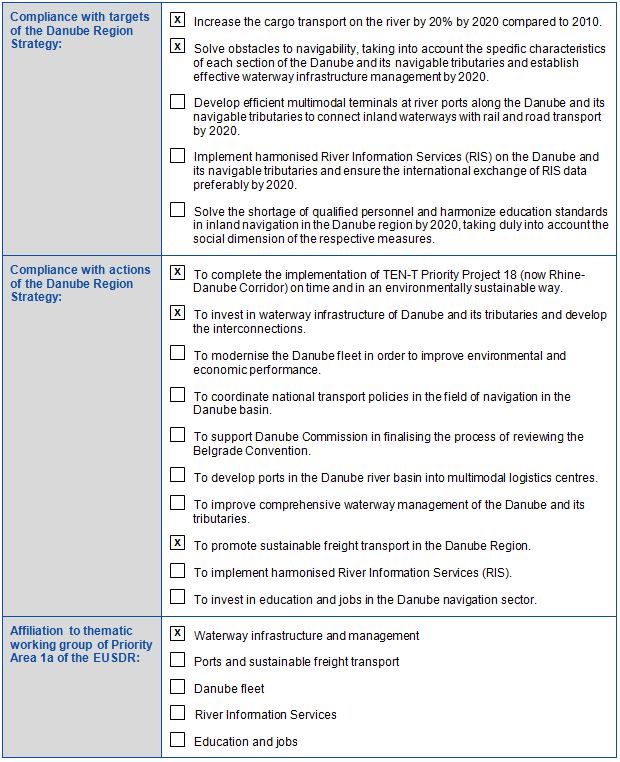 The planned measures are realized in the environmentally sensitive area of the Donau-Auen National Park. Therefore it was essential to incorporate the needs of this precious ecosystem in the project.

Interdisciplinary planning and stakeholder involvement are key issues for the successful implementation.