NEED AND ADDED VALUE  FOR  THE  DANUBE  REGION  STRATEGY

IRIS Europe 3 – as international multi-beneficiary project – contributed significantly to fulfilling the objectives as laid down in Priority Area 1a of the EU Strategy for the Danube Region – to improve mobility and multimodality on inland waterways.

All Danube countries were involved either as fully financed or as cooperation partners within IRIS Europe 3. The beneficiaries of IRIS Europe 3 were the European Union Member States, represented by their Ministries of Transport.

Direct beneficiaries are the Fairway, Traffic and RIS Authorities and the related RIS Providers of the participating countries. Indirect beneficiaries of the further enhancement of River Information Services within IRIS Europe 3 are the commercial users of the waterway, as they receive value-added services, increased interoperability and quality of River Information Services especially along the Danube corridor.

Proposed measures to achieve these ambitious objectives contain among others the establishment of a TEN-T Core Network until 2030, the creation of an organisational framework for inland navigation and the further development and implementation of River Information Services, also in direction of efficient transport management (e-freight). IRIS Europe 3 significantly contributed to the further development and implementation RIS.

NAIADES Action Programme
In January 2006, the multi-annual European Action Programme for Inland Waterway Transport (NAIADES) which aims at promoting inland waterway transport in Europe was launched. It includes recommendations for action to be taken between 2006 and 2013 by the European Community, its Member States, River Commissions and the inland navigation sector. The implementation of RIS is an important element of the strategic area ‘Infrastructure’. Several Member States have launched their national NAIADES actions plans (e.g. the NAP in Austria, NAP in Slovakia) and especially in the light of the actual developments for a European NAIADES II Action Programme (from 2014 onwards), IRIS Europe 3 is seen by its beneficiaries and cooperation partners as the driving force for the further development and implementation of interoperable RIS in Europe.

Strategic Transport Technology Plan (STTP)
The European Commission is currently developing a strategic framework for future transport research, innovation and deployment, based on a vision for an integrated, efficient and environmentally friendly European transport system by 2050. Transport Management and Information Systems, and also fuel saving techniques / technologies play a significant role within the STTP. IRIS Europe 3 as a cooperative, multinational project with focus on interoperable River Information Services contributed to the strategic agenda of the Transport Technology Plan in several aspects related to inland navigation, by increasing its integrity, efficiency and environmental friendliness through interoperable information systems on the European waterways.

Freight Transport Logistics Action Plan
Within the Freight Transport Logistics Action Plan the European Commission has outlined the concept of e-Freight. This concept is a vision of a paper-free, electronic flow of information accompanying the physical flow of goods with a paperless trail built by information and communication technologies. It includes the ability to track and trace freight across transport modes and to automate the exchange of content related data for regulatory or commercial purposes. Freight should be identifiable and locatable regardless of the mode used to transport it.

For this to happen, standard interfaces within the various transport modes are required to be interoperable across modes. River Information Services form an important element of e-Freight. IRIS Europe 3 specifically focused on the e-Freight aspects and the enhancement of the interfaces for the logistics sector within Sub-Activity 4.2.

Transport Council conclusions of 16th June 2011
The conclusions of the council of the European Ministers of Transport on the way ahead towards integrated and competitive EU inland waterway transport consider the further development and deployment of River Information Services (RIS) vital as a tool for safe, efficient and competitive inland waterway transport as well as for effective supply chain management. Particular attention should be paid to the technical interoperability notably with other modal systems, such as SafeSeaNet, e-Maritime, e-Freight, and e-Customs, without prejudice to the competence of national and international authorities.

National Action Plans for inland navigation
In Austria for instance, the inland navigation policy relied on the National Action Plan (NAP) on Danube Navigation – a dynamic planning and decision-making instrument that determined Austrian waterway transport up to 2015. In 2015 the follow-up programme “Action Programme Danube until 2022” was adopted. The NAP and now the Action Programme are based on a package of measures, which were drawn up upon the order of the Austrian Ministry of Transport, Innovation and Technology by via donau in close co-operation with all other relevant players of the field. The NAP and now the Action Programme stress the importance of inland navigation for transport policy. Inland navigation was also made one of the core issues of Austria’s EU Presidency in the first half of 2006.

Among others, the most important legislative acts are: 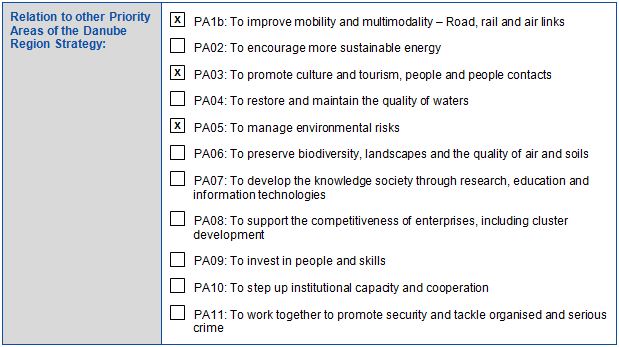 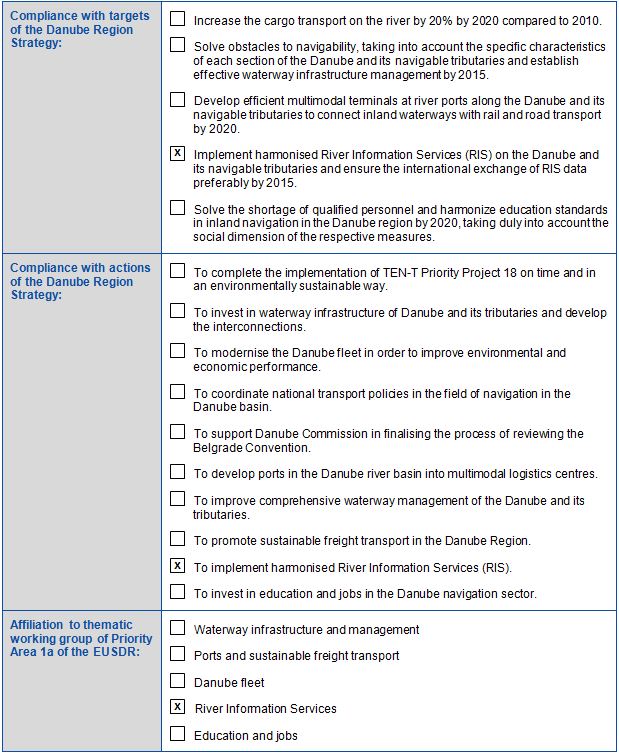 The international exchange and the provision of RIS related information to logistics users were deemed to be the most critical issues. The support of all Danube countries and the signing of the necessary Service Agreements for data exchange by the responsible authorities was a mandatory requirement for enabling the international data exchange and for making the IRIS Europe initiative a success. In few Danube countries this support is still lacking behind, and the implementation of the EU Strategy for the Danube region is seen as an enabler for these countries to finally commit to a legally sound and harmonised RIS data exchange.

The IRIS Europe initiative is the only RIS implementation initiative on a European scale.