New Port East – Reconstruction of the port of Vukovar

The port of Vukovar is a strategically important port, as it is the only Croatian port on the Danube River. Because of this, a broader objective of the project should be sought in the development of the economy of the Eastern Slavonija region and the whole Republic of Croatia.

By conducting the project New Port East, the region Eastern Slavonija and particularly Vukovar would benefit from a better position on the transport market. The proposed investment would produce significant employment and multiplier effects within the local community. It would increase the domestic economic product of the Vukovar municipality. Labour employment opportunities are expected to rise.

Croatian river ports (among them the Danube port Vukovar) need qualitative and technological modernization in order to satisfy the existing and expected transport demands. Along with the modernization of basic port infrastructure, the systems of safety and surveillance in the port areas need to be enhanced. Ports need to connect with the main rail and road corridors in order to better integrate with the economic hinterland and to create preconditions for the development of multi-modal transport.

The overall objective is to modernise and to increase the capacity of the ports along Corridor VII, so that they can respond to growing transport demands in order to solve the problem of competitiveness and encourage the development of inland navigation.

Presently, the port of Vukovar does not meet market requirements and cannot offer high quality port services. It is therefore the main objective of this project to reconstruct basic port facilities, to provide normal and undisturbed work, to develop the Vukovar port in a sustainable way and thereby make the port more competitive in the international market.

In addition, it is envisaged to construct an office building, a car park, an administrative port control centre and a new port entrance.

The final beneficiary of the project is the Port Authority Vukovar (PAV). The PAV will be the owner of the infrastructure once it has been constructed and taken over.

A feasibility study and a cost-benefit analysis of the project were carried out in 2011, before the application for EU financing. The main design preparation was financed by the EU Program IPA 2007 – 2013 Component III; therefore it was necessary to follow the EU regulations during the consultant selection.

After the consultant selection has been made, the consultant was expected to begin with the main design preparation during the second quarter of 2013. On the 30th of April 2014 the Central Finance and Contracting Agency (CFCA) suspended the contract.

The New Port East project is therefore under suspension since the CFCA suspended the contract for the main design preparation.

Total budget: 24,200,000 EUR (estimation) – financing is not yet available
National budget and the EU Structural funds are potential sources for the project. 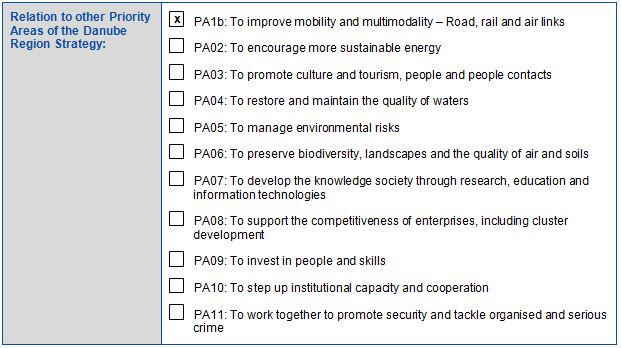 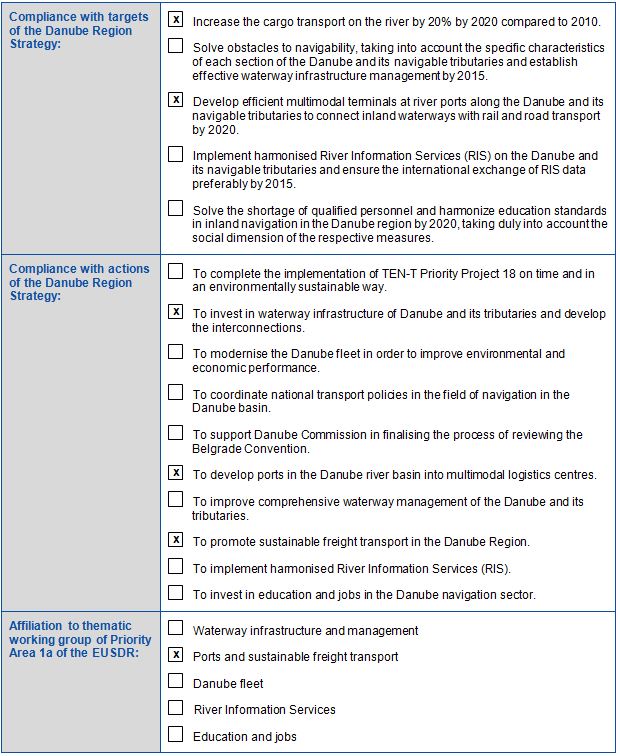