Central European inland waterways are presently utilized way below their carrying capacity. Although inland navigation is known as a transport efficient, safe and environmentally friendly transport mode, it faces strong competition with road and rail transport – although COOPERATION with other transport modes is highly desirable! IWT is demanding superiority in environmental friendliness as advantage. Having that in mind, the main objective of NEWS was to increase transport flows on inland waterways (especially container transport on the Danube) by developing a next generation European inland vessel and logistics system to make inland waterway transport more economical, more ecological, safer and time efficient: The NEWS Mark II vessel.

Besides NEWS Mark II, the project’s main results are a target market for running the vessel and a viable finance and business plan. The following technical and logistical innovations led to the project’s overall objective, referring to the EUSDR and the NAIADES Action Programme (promote inland waterway transport in Europe):

There are various restrictions on the Danube that greatly influence navigation: The most important restrictions are water depth, bridge height, the size of locks and ecological aspects. While developing Mark II technically and logistically, such restrictions have been considered.

Taking the Austrian, Hungarian, Slovenian, Slovakian, German, Romanian and Serbian position papers for the EU Strategy for the Danube Region into account, especially

were supported by NEWS.

Concluding, the objective of the project was to develop a vessel that is able to meet operator’s targeted costs, optimise time-management (reliability), answer to inland shipping-specific bottlenecks (e.g. low bridges, shallow waters), improve carbon footprints and thus successfully compete with road and railway transport. A significant modal shift was aspired, especially to the Danube and its hinterland.

When elaborating NEWS’ logistical system, the most promising catchment and operation area for NEWS had to be identified before micro-regional strategies concerning a re-organization of logistical network structures and container liner service routes were developed. Afterwards, suitable Danubian inland ports as ports of call have been analysed and a handbook for port enhancement was elaborated.

The container liner service routes were defined based on the macro- and micro regional analysis elaborated within the WPs 3 and 4. For both routes, the Finance- & Business Plan were developed (WP 6).

The plans considered two scenarios: ideal and real scenario.
The ideal scenario (WP 2) was based on following assumptions:

The real scenario (WP 7) had the following assumptions:

The NEWS Finance – & Business Plan showed that in current navigational conditions (real scenario) even a perfectly designed inland vessel like NEWS Mark II cannot remedy the shortcomings of the inland waterway on the evaluated routes and enable a competitive and profitable operation.

Although NEWS has great advantages, its price is too high for the existing cargo flows resulting in a long return investment time.

However, as the project design of selected NEWS’ modules, i.e. an installation of particular systems (such as aft ship under water ship lines, energy production, propulsion or ballast systems) on existing fleet could be a reasonable and payable investment, especially if there will be offered financial support by the EU or national governments to the shippers for environmental and energy efficient consciousness in transport operation in accordance with EU White Papers.

In accordance with the development of the NEWS analysis of liner service routes, an assessment of the current situation of Danubian inland ports and services was carried out (WP 5). The analysis showed that the container transports on the Danube are concentrated on the Upper Danube area with its industrial centres located in South Germany, Austria and Hungary, while the container handling points located at the Lower and Middle Danube only handle a small amount of containers. Additionally, in this area no specialised container terminals exist. The container handling points in this area are all located in general cargo terminals with combined handling equipment. Due to this, a layout cluster for the container terminals with significant container handlings at the Upper Danube was developed and exemplary ports for each class were selected and described. These reference ports were transformed into simulation models for further analyses. With the use of the simulation it was possible to identify bottlenecks in the material flow of the exemplary ports.

Furthermore, various expert interviews in existing successful trimodal container terminals showed that, beside the standard general services and value added facilities which are offered by all of the analyzed terminals in the Upper Danube area, the integration of individual logistic chain services, developed exclusively on the demands of a customer, are a huge factor of success for respective terminals and are the type of services that are missing in the terminals of the Lower and Middle Danube.

Concluding, based on the overall NEWS project outcomes, the following recommendations for further development of IWT on the Danube and its surrounding waterway system could be given:

The work packages followed the structure of the project, whilst each field of competence was covered by at least one WP. Additionally, there was one WP for Project Management and one for Dissemination.

To a large degree, the work packages reflect the core competences of the involved partners. Overall, the work plan was designed for exact monitoring of progress.

The following institutions have agreed to act as associated partners for NEWS and  declared to be available for implementation scenarios in WP 7, to take note of the project results, to be interested to participate in the workshops and conferences organized by NEWS.

The consortium’s Advisory Board consisted of the following members:

As NEWS was able to surpass existing bottlenecks such as low bridges, locks and/or altering draughts between the ports of Constanta and Rotterdam (axis Rhine/Meuse-Main-Danube), it enabled unobstructed transport links across continental Europe. By connecting the Black Sea Region to the North Sea Region and the ARA ports, an extensive Trans-European impact has been achieved regarding traversed regions as the Danube region. This objective is clearly following the TEN-T Priority Project 18. The Meuse and the Rhine constitute the entrance gates for the Belgian and Dutch inland waterway systems to this Priority Project corridor, linking the ports of Rotterdam and Antwerp, but also offering a connection towards the Seine-Northern Europe Canal, part of PP30. The Rhine-Danube corridor is one of the longest in the Trans-European Transport Network and crosses both, EU countries and non-Member States.

The need for a European approach

NEWS was designed to support European targets for an optimized waterborne transport. The consortium joined expertise with regard to two fundamentally important aspects. It comprised of:

The fact that unobstructed and uninterrupted container transport on inland waterways especially for UNECE waterway classes III, IV and VI (and therefore the major part of the European waterway system) is technically not realizable up to now, clearly points out the need for a European approach. It is therefore necessary to involve several international experts to capture all requirements. Only within the internationally composed NEWS consortium it was possible to develop, validate and implement NEWS, as otherwise technical (existing patents as basis, LNG engines for inland ships) and logistical expertise would be missing. Additionally, NEWS international cooperation activities will benefit of the following activities: 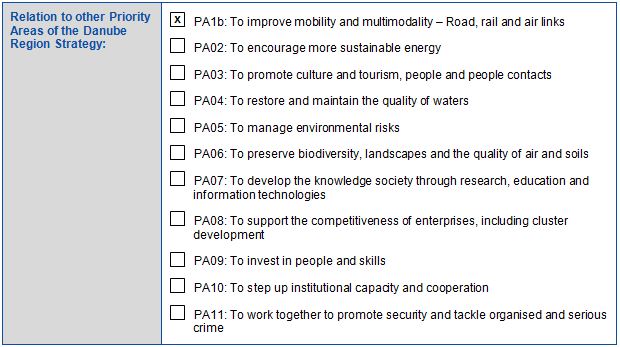