PLATINA II – Platform for the Implementation of NAIADES

Europe’s freight transport system has much room for improvement. Congestion, capacity problems and delays affect mobility and economic competitiveness and are detrimental to the environment and quality of life.

The EU has committed itself to pursue the goal of shifting transport to less energy-intensive, cleaner and safer transport modes. Inland waterway transport is an obvious choice to play a more prominent role in reaching these targets.
Given that inland navigation is often a cross-border transport mode, action at both national and Community level is required. This is why the European Commission developed the action programme NAIADES, which aims at promoting IWT in Europe through a broad range of activities. PLATINA II was the follow-up project of PLATINA in order to continue the coordination platform to implement the action programme.

The activities of PLATINA II aimed at the whole European Union, as IWT is relevant for most of the countries. For the Danube region though, they are of special relevance, as the Danube is not only among the major inland waterways of Europe but also the most international waterway in the world. It exhibits pronounced disparities concerning navigation and socio-economic conditions alongside its course. Due to this, the broad set of measures applied by PLATINA II, addressing issues concerning markets & awareness, innovation & fleet, jobs & skills and infrastructure, are expected to have profound impact on the Danube region.
PLATINA II represented an essential framework for the Danube Region Strategy, accounting for the pan-European perspective and setting the topical parameters for strategy building and action implementation of the EUSDR.

PLATINA II was a coordination and support action aimed at the promotion of inland waterway transport (IWT). The main objective of PLATINA II was to support the Commission, Member States and third countries in the implementation of the NAIADES I and II action programmes by bringing together all relevant actors concerned in a broad knowledge network, thereby maximising its contribution to the European policy goals mentioned above.
This was achieved by:

Providing technical and organisational support for targeted policy actions: Together with the European Commission, PLATINA II identified the necessary policy actions, brought together the required stakeholders (working groups, expert meetings) and developed the necessary knowledge and tools in order to contribute to the achievement of the objectives in all five NAIADES action areas.

Building on strong interrelations with existing expert groups, projects and initiatives: The European added value of PLATINA II is to create synergies at the European level through an increased exchange of know-how, while at the same time respecting and supporting existing decision-making structures. Through the multi-disciplinary composition of its working programme and consortium, PLATINA II will be a flexible platform that can effectively react to emerging policy needs in the field of inland waterway transport. PLATINA II strongly buildt on the results of the PLATINA project (2008-2012).

WP3 (JOBS & SKILLS) facilitated the development of standards for simulators and electronic service record books and raise the impact of inland waterway transport in logistics education and training by improving learning material.

WP4 (INFRASTRUCTURE) identified  ways to close the data gaps on IWT infrastructure in Europe, provided tools for the integration of IWT into multimodal European corridors,  monitored and supported  the implementation of River Information Services and identified future logistics applications as well as facilitated the exchange of good practices on efficient and effective inland waterway maintenance.

WP5 (TECHNICAL SECRETARIAT) was the focal point for project management, dissemination and networking of external stakeholders through a structured NAIADES dialogue.

PLATINA II addressed all European countries with inland waterway transport, as many of the project measures and results are relevant for all of Europe (e.g. identifying research needs). Furthermore, a corridor approach was applied, e.g. when preparing decision support tools for logistics.

The consortium itself consisted of players from Austria, France, The Netherlands, Romania, Croatia, Belgium and Germany. Furthermore, the PLATINA II consortium has received support from key Member States, candidate countries and associated countries: Austria, Belgium, Bulgaria, Czech Republic, Croatia, France, Germany, the Netherlands, Romania, Slovak Republic, Poland, Serbia Participation in Steering Committee meetings was however not restricted to these countries. Other Member States were invited to Steering Committee meetings during the project and in coordination with the European Commission.

As a consequence, the focus of the measures lay on these countries.

PLATINA II supported the European Commission, EU Member States and third countries in the implementation of the NAIADES I + II action programmes. It aimed at bringing together the required stakeholders (working groups, expert meetings) and developed the necessary knowledge and tools.

PLATINA II facilitated the exchange of know-how and experience through a structured process of communication (NAIADES dialogue). Firm links between representatives of the EU, national policy makers, the industry, researchers and key organisations of the sector as well as customers were established. Eastern European partners were integrated in order to reflect the pan-European character of the NAIADES action programme.
The project results are therefore beneficial to a broad set of players, from government institutions and interest groups to economic stakeholders and users of the waterway all over Europe. 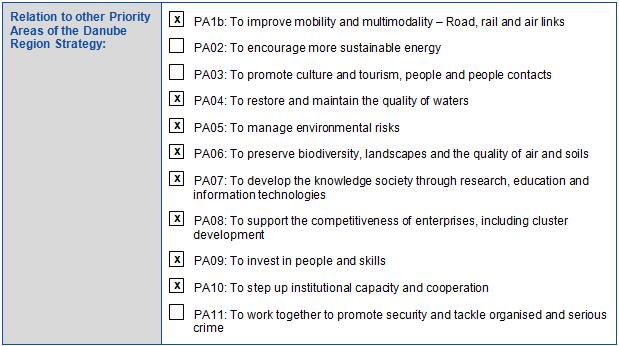 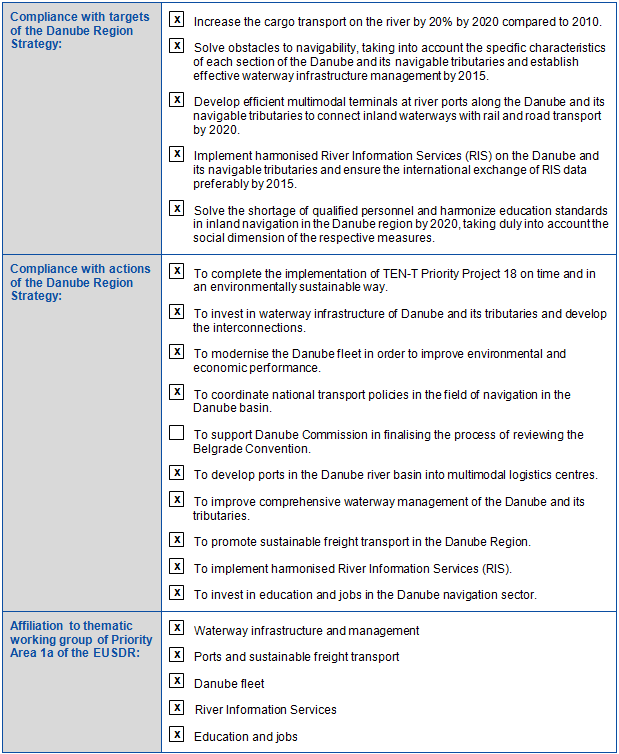 One crucial aspect of the PLATINA II project was its focus on broad cooperation of various players from different backgrounds all over Europe. This was in fact its USP as well as one of its main critical issues: in the countries of Europe, different approaches exist, the relevance given to the issue varies and different frameworks result in different capacities to act. Furthermore, players from policy, research as well as interest organisations and economy have to be reconciled. That meant that in PLATINA II, targeted work with regard to contents and communication had to be done.

The broad topical agenda of PLATINA made it furthermore dependant of a large number of external developments, e.g. innovations in ICT, fuel prices, political landscapes or public opinion. It was necessary to constantly monitor the different project areas and develop suitable strategies for action.

Introduction of the harmonized DAVID forms along the Danube successfully completed
7.06.2022 0 0
Galati Multimodal Platforms – Stage I – Upgrading of the waterside infrastructure
10.12.2021 0 0