Rehabilitation, Improvement and Development of Transport and Navigation on the Sava River Waterway

The Sava river is navigable on 594 km of its river course and links the economies of the four Sava riparian states (Serbia, Bosnia and Herzegovina, Croatia, Slovenia), whilst there is in perspective, the implementation of transport infrastructure that would link the Sava with several ports on the Adriatic sea. The existence of port infrastructure on the Sava itself and the connection of the Sava with the Danube provide great advantages for intensifying further development of river transport.

Despite such natural advantages the Sava river waterway has been neglected during the last 20 years and due to the war in 1990 waterway transport was actually the most endangered type of traffic because of damages of the infrastructure such as bridges, which completely stopped traffic at certain locations and river stretches. Navigation was also unsafe due to the presence of unexploded devices and in severance during the reconstruction of the damaged bridges. During the said period, the maintenance of the Sava river waterway was on a low level and this has resulted in a decrease of the widths and depths of the waterway and shorter navigation periods during the year. In addition, due to the decrease of the industrial production and economic problems, freight transport on the Sava, similar to other types of transport, is on a low level and suffers serious lack of financial sources and maintenance.

Nowadays, in view of the increased needs for transport in the Sava region, it is obvious that the rehabilitation of waterway transport on the Sava river is extremely important, as it is an environmentally-friendly and sustainable type of transport with extraordinary potential. This is specifically enhanced after the signing and ratification of the Framework Agreement on the Sava River Basin in 2002 and the adoption of the Protocol on the Navigation Regime, according to which navigation on the Sava is free for vessels of all flags.

This project will result in the improvement of the physical capacity of the Sava waterway and it will contribute to the improvement of mobility and multimodality in the Danube region. At the same time, it will contribute to the increase of river transport, to the removal of obstacles to navigability and to the establishment of effective waterway infrastructure management in the Danube and Sava region.

The main objective of the project is the rehabilitation and development of the Sava river waterway infrastructure and provision of an appropriate economic and organizational framework for restoring trade and navigation (cargo and passenger) on the Sava, with an aim to:

Planned budget consisting of EU co-financing (Structural Funds and Instrument for Pre-Accession Assistance), national contributions from the state budget (national part in financing from structural funds) and loans from the World Bank or the European Bank for Reconstruction and Development.
Financing is only partly available. 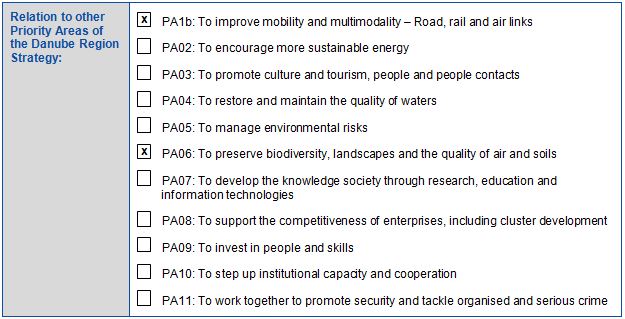 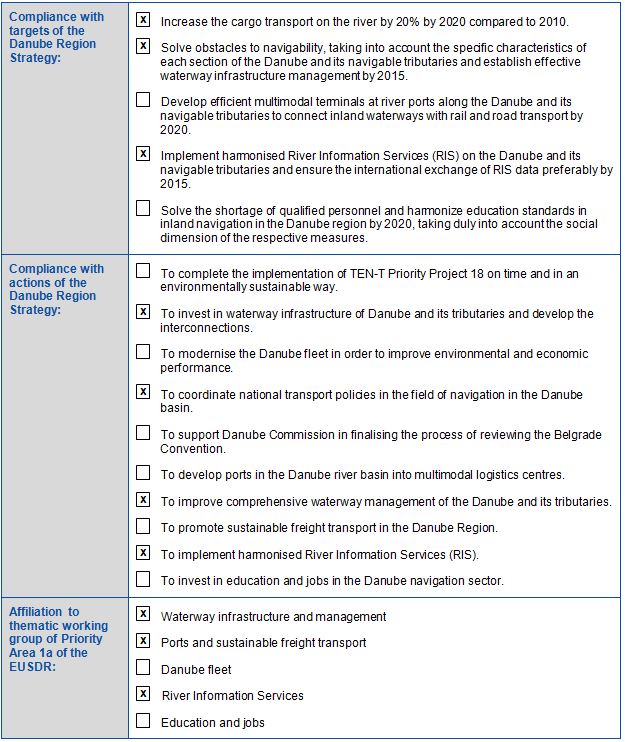 Continuing cooperation and coordination of the riparian countries (secured through Sava Commission) and in-time financing of the implementation (river training works).

Development of Sava ports (Sisak, Slavonski Brod, Brčko, Šabac, Mitrovica); there are ongoing development projects in each of the ports.