Navigation resumption on the Ukrainian part of the Danube waterway may become one of the most effective measures of the Euro-Integration course, announced by Ukraine. Full development of the DWF with the Bystroe mouth opens up possibilities for unbounded expansion of logistic schemes of cargo flows on East – West direction.

Provision of appropriate navigation conditions on the Ukrainian stretch of the TEN-T Rhine-Danube Corridor within the Danube – Black Sea area through the Kilijske, Starostambulske and Bistre arms of the Danube river.

By order of the Ministry of Transport and Communication of Ukraine, the SE “Delta–Lotsman” acts as a customer of the design and construction work of the project on the DWF Danube – Black sea through the Bystroe mouth.

The main advantage of the DWF Danube – Black Sea, besides the competitive tariffs, is an ability for two-way vessels traffic round-the-clock for a full year. Vessel traffic safety control system meets the European Union standards and other international norms.

Initially, the project was planned in two stages:

The main difference between the 1st phase project and the full development project is the difference in the vessel draught (5.85 m and 7.20 m respectively).

Construction works for the 1st phase («Creation of the DWF Danube – Black Sea on the Ukrainian site of the delta. 1st phase») started in May 2004 and continued until May 2005 (with the breaks at the period of storms and fish spawning). During the time of construction – in August 2004 – the DWF was opened for navigation with vessels with a draught of no more than 5.0 m. At this period of temporary operation over 700 vessels were piloted through the fairway.

Characteristics of the waterway after the 1st phase: draft 5.85 m; canal width 85 m.

The state examination for the «Creation of the DWF Danube – Black Sea on the Ukrainian site of the delta. Full development» project was completed during November – December 2004, as well as the positive experts’ conclusions of all related expertise, except the environmental issue. The State Ecological assessment of the project was conducted from August 2004 to April 2006, which became a reason for delay in preparation of the project for approval.

Several Ukrainian institutions took part in the process of project finalizing, taking into consideration the remarks of environmental NGOs.

The finalized and submitted working draft specified the following activities:

In November 2007 Ukraine made the final decision on the implementation of the project «Creation of the DWF Danube – Black Sea on the Ukrainian site of the delta. Full development».

Furthermore, a levee (breakwater) was constructed which ought to protect the canal from drifts during the northern and north-eastern storms, from dulling of slopes by waves and to provide safe entry of vessels into the canal from the sea at strong winds which dominate during the fall-winter period.

Works in the specified section of the Danube river, namely deepening of the river in order to provide navigation parameters, are works in border waters which, according to the Agreement between the Governments of Ukraine and Romania on the Romanian-Ukrainian State Border’s Regime, Collaboration and Mutual Assistance in Border Issues (signed in 2003) and the Agreement on cooperation in the field of water management at the border waters (1997), should be agreed with the Romanian side.

As a result of integrated environmental monitoring during the initial stage of construction and operation of the DWF Danube – Black Sea the transboundary environmental impact was not determined.

The main argument is the failure by Ukraine to comply fully with the requirements of the Convention on Environmental Impact Assessment in a Transboundary Context (Espoo Convention) on the DNC ‘Danube – Black Sea’. A “Roadmap for bringing the DNC Danube – Black Sea on the Ukrainian section of the delta in full compliance with the Espoo Convention“ was elaborated. Monitoring studies indicate that there is no significant transboundary impact. 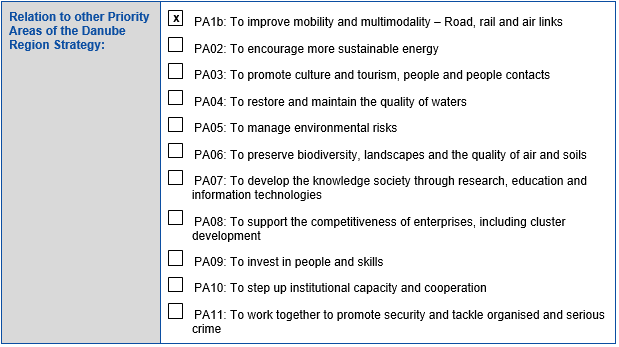 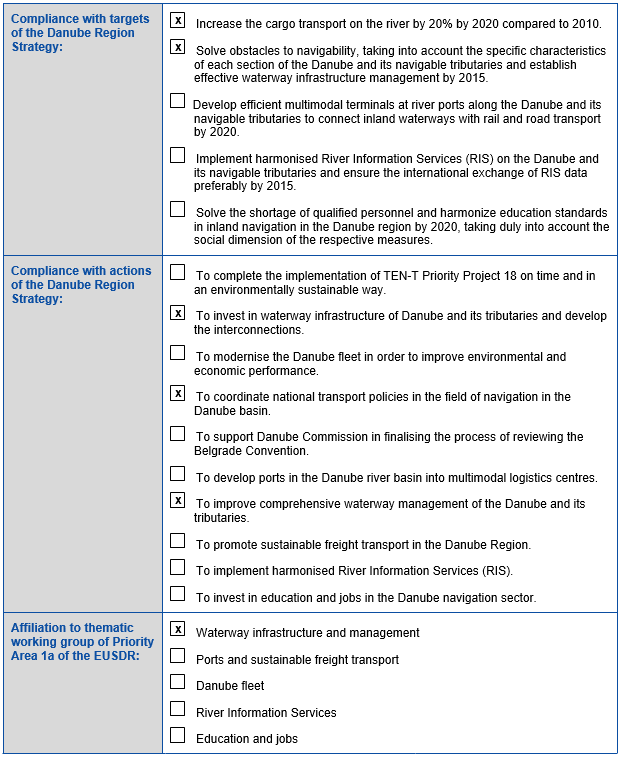 Data provided by: Maryan Berezyuk (Ministry of Economic Development and Trade, Ukraine) – 02.08.2013
Last update by: viadonau, based on information provided by the Ukrainian Ministry of Transport – 09.2019

Introduction of the harmonized DAVID forms along the Danube successfully completed
7.06.2022 0 0
Galati Multimodal Platforms – Stage I – Upgrading of the waterside infrastructure
10.12.2021 0 0