Navigation on the river Tisza and exploring the possibility of construction of a river port at the junction of three borders of Ukraine, Hungary, Slovakia 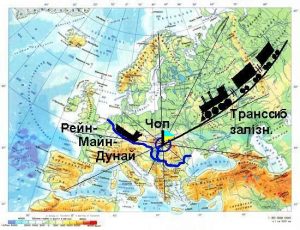 This project would improve mobility and communication between different modes of transport. It would also develop international transit infrastructure, diversification of transportation operations and would facilitate the development of the Danube region as a whole.

Establishing the necessary criteria for an international class IV waterway (including the required fairway depth from 2.5 to 2.8 m, the minimum fairway width of 75 metres and no abrupt curves), construction of hydrotechnical structures, construction of a river port.

The project includes the construction of a river port at the junction of three borders (Ukraine, Slovakia, Hungary) in accordance with the priority areas of economic use of the Danube River and the European Union Strategy for the Danube Region.

Ukraine’s economy in general and entities involved in economic and commercial activities.

Start and end dates would have to be determined.

The experience of recent arid years (including climate change in the context of global warming), which lead to a significant decline in water levels of the Tisza, necessitated a reassessment of the program capabilities. This had the effect that the interest of the project partners in the region concerning above-mentioned project has dropped. The Hungarian partner “Regional Agency for Investment and Development” has proposed to suspend the execution of this project.

Conducted feasibility study of construction of river port at the junction of three borders. 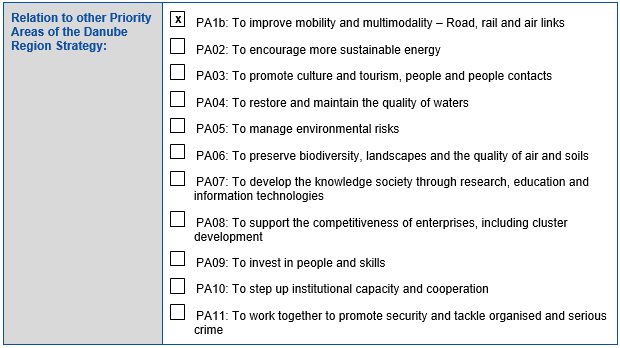 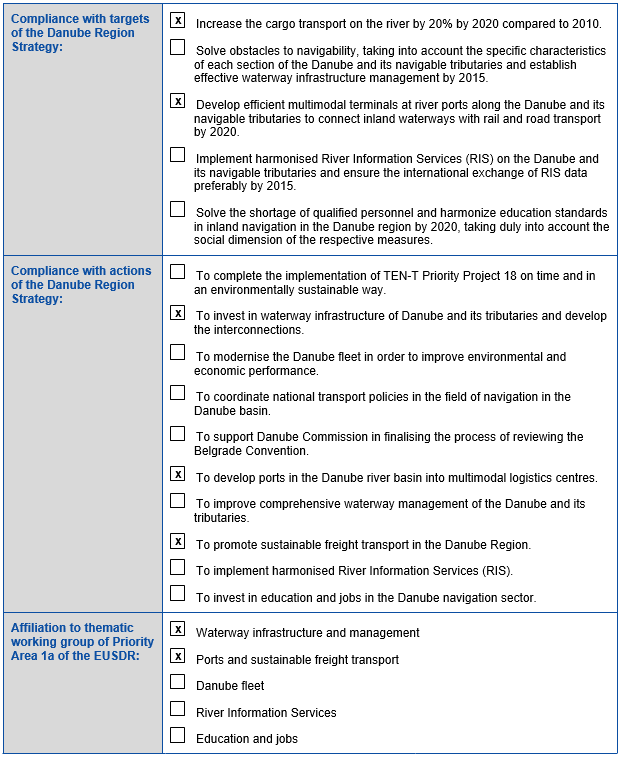 Creation of a legal framework with the conclusions of international agreements on the use of Tisza, involving the Tisza riparian states.  countries through which this river flows.

The development of navigation on the junction of the three borders is possible only if close cooperation of governments that are interested in the existence of a transport corridor is taking place, as well as support from the EU.

Construction of waterworks; obstacles will be solved by controlling the water level and artificial increase or decrease in water level in the river by means of hydraulic structures.